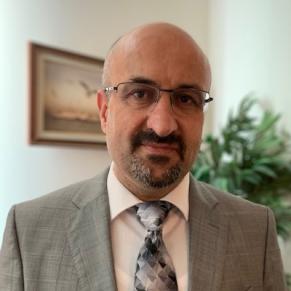 Mahmut Cengiz is a research associate professor with the Terrorism, Transnational Crime and Corruption Center (TraCCC) and the Schar School of Policy and Government.

He has international field experience where he has delivered capacity building and training assistance to international partners in the Middle East, Asia, and Europe. He also has been involved in the research projects for the Brookings Institute, European Union, and various U.S. agencies.

Cengiz regularly publishes books, articles and op-eds on Syrian conflict, terrorism, transnational crime, and corruption issues in the Middle East. His 2019 book, The Illicit Economy in Turkey: How Criminals, Terrorists, and the Syrian Conflict Fuel Underground Economies, analyzes the role of criminals, money launderers, and corrupt politicians, and discusses the involvement of ISIS and al-Qaida-affiliated groups in illicit economy.

Cengiz holds two master's degrees and two doctorate degrees from institutions in Turkey and the United States. His Turkish graduate degrees are in sociology. He has a master's degree from the School of International Service at American University and a PhD from the School of Public Policy at George Mason University. He teaches Terrorism, American Security Policy and Narco-terrorism courses at Mason.