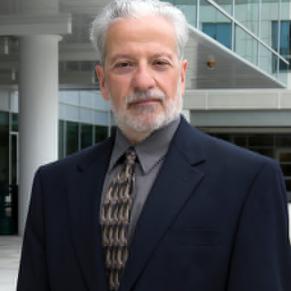 Kevin Avruch is currently the Henry Hart Rice Professor of Conflict Resolution and Professor of Anthropology at George Mason University. He has taught at the University of California San Diego, the University of Illinois at Chicago, and, since 1980, at Mason, where he served as coordinator of the anthropology program in the Department of Sociology and Anthropology from 1990-96. He was dean of S-CAR from 2013-19; and associate director of ICAR from 2005-08.

Avruch has published more than 70 articles and essays and is author or editor of five books, Critical Essays on Israeli Society, Religion, and Government (1997), Culture and Conflict Resolution (1998), and Information Campaigns for Peace Operations (2000). His other writings include articles and essays on culture theory and conflict analysis and resolution, third-party processes, cross-cultural negotiation, nationalist and ethnoreligious social movements, human rights, and politics and society in contemporary Israel. Avruch has been book review editor of the journal Anthropological Quarterly, and serves on the editorial boards of the Journal of Political and Military Sociology, Social Justice, and the University of Pennsylvania Press monograph series The Ethnography of Political Violence. He has lectured widely in the United States and abroad, and his work has been recognized by the International Association of Conflict Management and the United States Institute of Peace, where he spent the 1996-97 academic year as senior fellow in the Jennings Randolph Program for International Peace.

Avruch is currently working on projects investigating sources of political violence in protracted conflicts, the role of human rights and truth and reconciliation commissions in postconflict peacebuilding, and cultural aspects of complex humanitarian and peacekeeping operations.