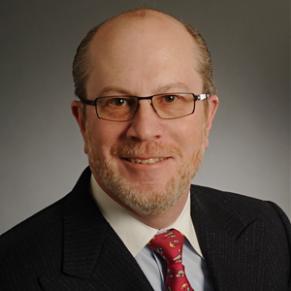 James H. Finkelstein is professor emeritus of public policy at George Mason University. Since joining Mason in 1989, he held a variety of administrative positions including serving as the founding vice dean of the School of Public Policy, associate dean of the College of Education and Human Development, and the founding associate director for the university’s Prince William campus.

For nearly two decades, Finkelstein’s principal aread of interest and research have been in the selection and employment of university presidents. He is a recognized authority and widely quoted expert on presidential contracts and the role of university presidents serving on corporate boards. Most recently, he completed the first-ever study of contracts between universities and executive search firms. He has served as an expert witness on presidential contracts and testified before the California Assembly on his research. His other areas of research have ranged from the adoption/implementation of technology to qualitative research methodologies to the incremental costs of programs for English language learners.

He is an active member of a variety of professional associations including the American Educational Research Association. He has served as a consultant to numerous government agencies as well as private sector firms. He was the founding North American editor of the journal AI & Society, published by Springer, and is a member of its editorial board. He was a founding member of the board for both the Institute for Educational Transformation, Inc., the C.R. Williams Early Childhood Center, and the Lugano Academy for the Electronic Arts. He served as an executive producer of the Emmy-nominated public affairs series, Sesno Reports, which aired on WETA-TV and other PBS affiliates nationwide.

Finkelstein has served on the board of directors for the International Eye Foundation and the International Psychotherapy Institute. He is also a member of the advisory board for Planet Forward and was a founding member of the Irish-American Higher Education Research Organization. He was the first faculty elected representative to the Development Committee of the George Mason University Board of Visitors.

Prior to joining Mason, Finkelstein was assistant dean for research, development, governmental affairs and planning at New York University’s School of Education, Health, Nursing and Arts Professions. He has been a research administrator in the College of Education at The Ohio State University and as the special assistant to the vice president for university communications and development, playing a key role in planning the university’s first capital campaign. He started his career as an elementary school teacher in Cincinnati, Ohio.

He received his PhD from The Ohio State University and his undergraduate degree from Miami University.