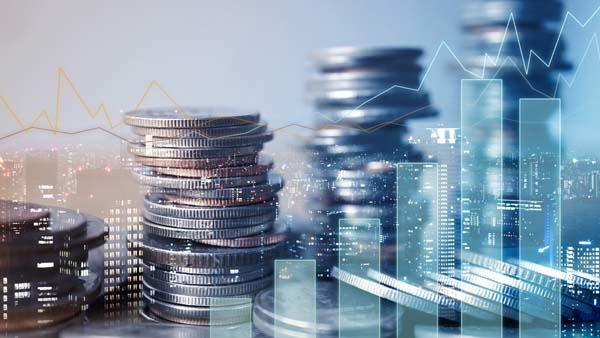 Rogue nations and terrorist nations bust sanctions to finance their criminality and acts of terror through numerous illicit trade activities and money laundering methods. Counterfeiters, human traffickers, and narcotraffickers are nimble and savvy financial entrepreneurs who manipulate incorporation transparency laws and the tools of globalization – technologies, transportation, trade and ecommerce – to launder their dirty money and reinvest such illicit funds in the legal economy. Cyber criminals exploit the dark web and encrypted communications to launder stolen virtual assets and cryptocurrencies across the digital world.

The reality is that both corruption and money laundering are threat multipliers that ripple across borders, and imperil democratic freedoms and institutions and systems of open, free, and just societies. Corruption corrodes the underpinnings of democracy, good governance, clean markets and supply chain security, and economic development efforts. It also impedes progress on human rights and implementation of national sustainability strategies. Kleptocrats abuse their power when they loot their national assets and resources by hiding their illicit wealth across financial safe havens through anonymous shell companies and re-investments in the legal economy. When kleptocracy converges with other transnational security threats – e.g., trafficking, smuggling, financial, cyber, terrorist financing, and fraud crimes – it helps to fuel greater insecurity and instability across economies and markets around the world.

The International Monetary Fund (IMF) has estimated that money laundering comprises approximately 2 to 5 percent of the world’s gross domestic product (GDP) each year, or approximately $1.74 trillion to $4.35 trillion in 2019. Many experts believe that the actual magnitude of international money laundering is probably much higher depending upon what is included in the count. Criminals and other bad actors exploit trade-based money laundering methods by using legitimate trade to convert large quantities of illicit cash into less conspicuous assets or commodities to evade financial transparency laws and regulations.

Dirty money derived from illicit commerce remains the lifeblood of today’s kleptocrats, criminal organizations, and terrorist groups who engage in greed crimes such as human trafficking, wildlife trafficking, environmental and natural resource degradation and exploitation, illicit trade in counterfeit and pirated goods, illegal alcohol and tobacco, financial frauds, and a plethora of other crimes.

Money laundering is international in scope. Criminals and criminal organizations are attracted to the weak link. The lack of Anti-Money Laundering and Counter Terrorist Financing (AML/CFT) enforcement in one country can affect many countries, and many industries across borders.

This course will provide information on understanding how money laundering works, current issues, trends, and methodologies used by today’s bad actors – once having accumulated money from an array of illicit activities – who hide, disguise, and launder so that authorities cannot determine where the dirty money comes from. The instructors will share practical insights on what works and what does not by examining effective international standards such as those by the Financial Action Task Force (FATF), AML measures, best practices, and case studies in detecting and preventing the laundering of dirty money. This course will also focus on trade-based money laundering (TBML), underground financial systems, China as a growing money laundering threat, and other illicit finance processes, vehicles, and methods that enable bad actors to disguise and clean their dirty money.

The training webinar is aimed for professionals in all sectors and industries impacted by kleptocracy, illicit finance and TBML.

Topics covered in this five-week course over 10 sessions including the following:

Throughout the five weeks, students will be challenged to work through the various methodologies to think of ways to develop potential solutions to target the numerous money laundering threats using the materials and instruction provided throughout the course. 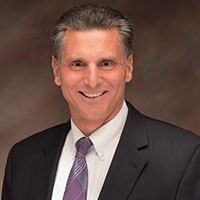 John Cassara began his 26-year government career as a covert intelligence officer during the Cold War. He later served as a Treasury Special Agent in both the U.S. Secret Service and US Customs Service where he investigated money laundering, trade fraud, and international smuggling. He was an undercover arms dealer for two years. Assigned overseas in the Middle East, he developed expertise in money laundering, value transfer, and underground financial systems. He also worked six years for the Treasury’s Financial Crimes Enforcement Network (FinCEN) and was detailed to the Department of State’s Bureau of International Narcotics and Law Enforcement Affairs. Mr. Cassara's final assignment was with the Treasury's Office of Terrorism and Financial Intelligence (TFI). Since his retirement, he has lectured in the United States and around the world on a variety of transnational crime issues. He has been a consultant for government and industry, and is currently on the Board of Directors of Global Financial Integrity. Mr. Cassara has authored and co-authored several articles and books. His latest publications include Trade Based Money Laundering: The Next Frontier in International Money Laundering Enforcement (Wiley 2016) and Money Laundering and Illicit Financial Flows: Following the Money and Value Trails (Amazon/KDP 2020).  More information is available at www.JohnCassara.com. 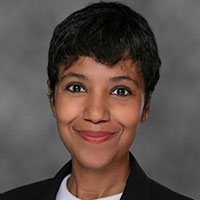 Lakshmi Kumar is the Policy Director at Global Financial Integrity (GFI), a Washington, D.C.-based think tank specializing in research, advocacy, and advisory services. Ms. Kumar works on issues of illicit finance and trade, and the vehicles, systems, and institutions that facilitate movement of illicit money across borders. She has spoken as a subject matter expert on issues including illicit gold trade, trade-based money laundering, kleptocracies, the abuse of anonymous shell companies, and the integrity risks of Sovereign Wealth Funds. Ms. Kumar has spoken publicly on these subjects at Capitol Hill, the OECD, the Atlantic Council, the Carnegie Endowment for International Peace, and various other think tanks in D.C., as well as venues in Africa and South America. As a legal expert, she has contributed through her authorship to reports of institutions including the United National Economic Commission of Africa and the Carnegie Endowment for International Peace. Prior to joining GFI, Ms. Kumar was a lawyer and policy professional in India, working with governments and regulatory agencies across South Asia, East Africa, and Eurasia to investigate money laundering and terrorist financing risks in their financial systems.

About the Guest Speaker: 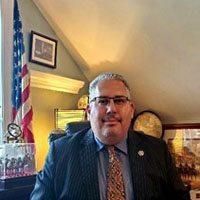 David M. Luna is President and CEO of Luna Global Networks & Convergence Strategies LLC. He is a former U.S. diplomat and national security official; current Chair of the Business at OECD Anti-Illicit Trade (AIT) Expert Group; Chair of AIT Committee of the U.S. Council for International Business (USCIB); Member of The Business 20 (B20/G20) Integrity & Compliance Task Force; and Senior Fellow for National Security and co-Director of the Anti-Illicit Trade Institute (AITI), at the Terrorism, Transnational Crime, Corruption Center, Schar School of Policy and Government, George Mason University. Mr. Luna previously held numerous senior positions with the U.S. Department of State, Bureau of International Narcotics and Law Enforcement Affairs (INL), including directorships for national security, transnational crime and illicit networks, and anti-corruption and good governance; advisor to the Secretary’s Coordinator for the Rule of Law; and held numerous leadership positions in the G7, OECD, APEC, World Economic Forum, and other diplomatic fora and public-private partnerships on anti-crime and global security. Mr. Luna also served as an Assistant Counsel to the President, Office of the Counsel to the President, The White House; and other positions with the U.S. Department of Labor and U.S. Senate. Mr. Luna is a graduate (M.S.S.) of the U.S. Army War College, and received his B.A. from the University of Pennsylvania, J.D. from The Columbus School of Law, The Catholic University of America, and awarded numerous certificates from the Harvard Business School (HBS).